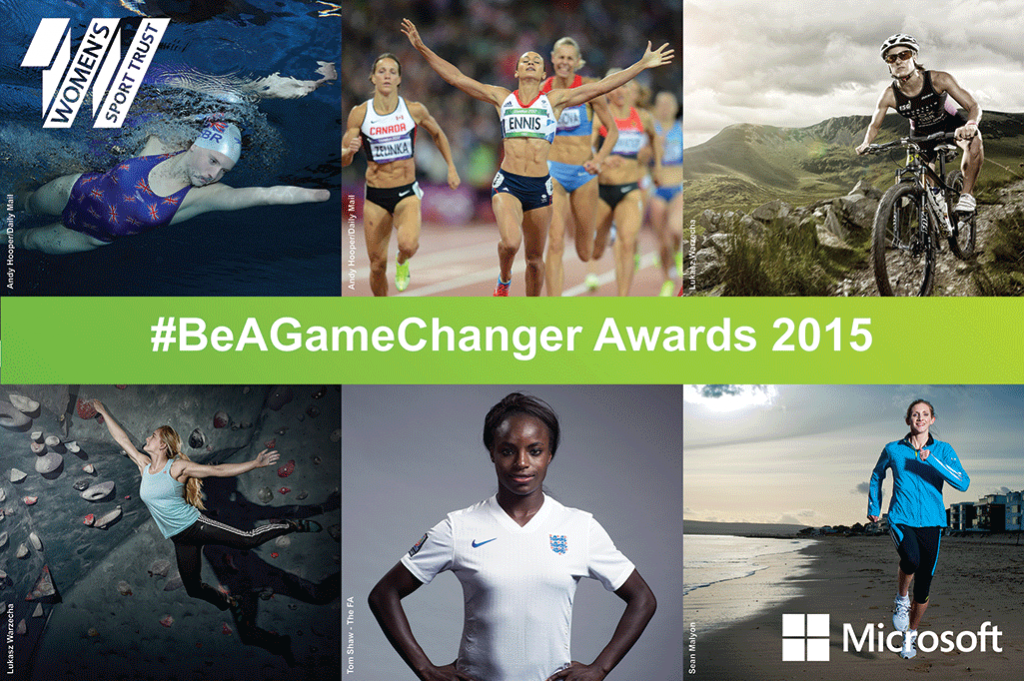 If you’re reading this you probably already know that something is happening in Women’s Sport right now. People are waking up to the excitement of it, to the inspirational stories of leading female players and to the business sponsorship opportunity it represents.

Over the last year we’ve seen the profile of women’s sport grow significantly. Women’s football receives more column inches, more media coverage, and higher match attendance than ever before. The England Women’s Rugby Team are the World Champions and we all know about it. And, for the first time in its 86 year history, the Women’s Oxford and Cambridge Boat Race took place on the same afternoon and same stretch of the Thames as the Men’s Race. 4.8m people watched the women’s race on television. Off the field there are more female correspondents than ever working for the sports pages of the National Dailies and for the broadcast media. But there is still work to do.

Women’s sport is full of outstanding role models. According to recent team GB research seven out of ten young people say that Team GB athletes have replaced music stars and footballers as role models. Of the medals won by Great Britain at the 2012 Olympics, 36% were won by women. Their individual stories are incredibly inspiring – the sacrifice, the courage and endurance, the hours of training, the injuries and rehabilitation to compete to be at top of their game. But we must work harder to get these inspiring stories to a wider audience so that they can inspire more women to do sport. The media journalists and broadcasters we speak to say that they simply don’t get to hear about the personal stories of our sportswomen.

Women’s Sport matters. Personally I am convinced that there is a strong relationship between being fit, active and playing sport, and acquiring useful life skills such as negotiation, assertiveness and putting yourself forward for promotion. As a businesswoman I know that taking part in sport nurtures traits that are valued by employers – things such as a strong work ethic, determination, strong teamwork and a taste for winning. At f1 we have helped many ex-athletes successfully move into careers in marketing, sponsorship and PR and know that a competitive spirit, a sense of fair play, self-discipline and drive are all qualities that employers yearn for. It’s vital that we encourage women, especially school age young women, to take regular exercise and participate in sport. It doesn’t matter what sport; boxing, table tennis, fencing, hockey, aerobics, Zumba, spinning, cycling so long as it gets us up, moving and taking part.

It’s also vital that the business community increases its sponsorship commitment to women’s sport. The sponsorship industry, that is our daily stamping ground at f1, is jam packed full of middle class white males advocating the sponsorship of the big five – golf, formula 1, cricket, football and rugby. I would like to see more women take their place in decision making roles within the sponsorship industry. We visit over 300 businesses a year, many of them household names. All of them advocate their purpose in the world alongside their growth and profit targets. Many of them sponsor men’s sport because men’s sport gets more audience attendance and therefore more media coverage. Sadly, very few of them sponsor women’s sport despite having a mission statement that doesn’t favour men. The need to change this norm is obvious. Sponsorship of women’s sport currently provides an opportunity for any business that advocates putting purpose and a force for change alongside their profit ambitions. Newton Investment Management’s sponsorship of the Women’s Boat Race has raised the bar. Let’s hear more from the likes of Canon, Standard Chartered, Samsung, Aviva, etc about their sponsorship of women’s sport globally and especially in the UK.

Just over a year ago f1 became involved with the Women’s Sport Trust (www.womenssporttrust.com), impressed and inspired by its mission to raise the visibility and increase the impact of women’s sport across the UK. Last month I joined the judging for its inaugural #BeaGameChanger awards, which celebrate the people and organisations that have done the most to raise the profile of women’s sport. The awards evening is on May 14th. It would be good to see more colleagues from the sponsorship industry join the event to cement their interest and commitment to raising the profile of Women’s Sport in the UK. If you can’t come, do, at least, cast your vote in the awards. They are part of a huge movement building behind and around the Women’s Sport Trust and there is appetite for change. You can vote HERE. Don’t get left on the side lines.