Where are they now? James Gauduchon, Head of Commercial Marketing ME & Asia, Costa Coffee 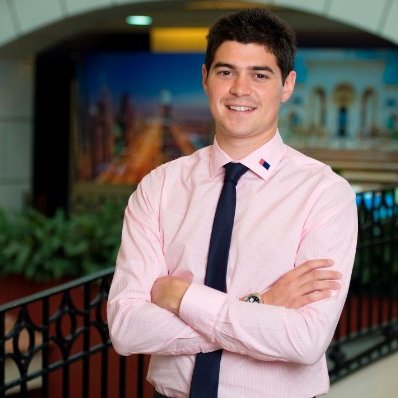 James moved to Costa Coffee when Whitbread sold and has progressed his career over the last 18 months since the sale. The role he took through f1 originally was leading  the project to re-brand Beefeater, the restaurant chain once synonymous with dining on steak. It was an established, nostalgic British brand that they were  reinvigorating.

I’ve launched 6 of the 14 trial sites in the UK and been involved in everything from the interior design to the food, menu and service proposition. I drive past the sites and think, I did that! It’s one of the most satisfactory things about the role. The project will roll out across the country until all Beefeaters have been rebranded. It will take 3-5 years.

Before Beefeater I worked in Dubai for seven years. I progressed up the ladder and found myself in a very senior role relatively early in my career, reporting to a CEO with a team of 14 and lots of responsibility. Quick progress is possible in an emerging market. But by moving quickly I’d missed some marketing fundamentals along the way – things like financial scrutiny, for example. So when I moved back I wanted to cover some of that ground.

Almost immediately I was offered a job as marketing director of a small company in the property field. I soon realised I needed more structure in which to learn and develop so it didn’t work out. That’s when I found f1, via the Guardian, and it introduced me to Whitbread and Beefeater. There was a lot of consultation, establishing whether things were right for both parties. I had a great first interview and continued through the process. I’ve been here seven months and I absolutely love it.

I was very attracted to a big company, although the head of marketing told me, don’t be blinded by the fact that it’s a FTSE 50 company – it’s not all glamorous! I wanted a big challenge. I joined the innovation team, to work on the re-brand, but my role has already expanded to include responsibility for aspects of the core brand.

I think a big issue in marketing is the way we listen to customers. There is so much research and insight available now there is no excuse for not listening. We get thousands of customer feedback forms every month providing a critical mass of insight that we can apply in order to get things right first time.

My top tip is: Be patient. Don’t rush. Work through the different elements of your career. Put the foundations in place because it’s not easy to go back and get them later. Make sure you get agency and client side experience so that you have empathy and understanding of both. Then think about what you enjoy and narrow it down when it feels right.