PR agencies can and should be more diverse. That’s it 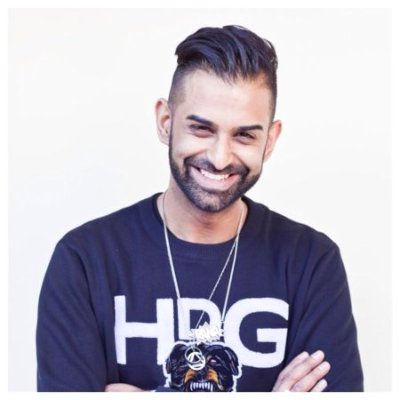 Rana Reeves doesn’t like committees. So it wasn’t his intention to end up chairing the PRCA Diversity Network when he attended a meeting about it late last year. But that’s what happened. He was grumpy, he said, and you can’t be grumpy without taking action so when they asked if he’d take it on he said yes, with co-chair Jackie Cooper. We talked to Rana in the New York office of his agency John Doe, the morning after the launch of Frieze New York. On the subject of diversity in PR he means business – you can’t get change by asking people, he says.

You hardly need the figures to know that most UK PR and Communications Agencies are London-centric and dominated by middle class white people (and, at the more senior levels, middle class white men) but the numbers confirm it. The PRWeek/PRCA Census 2013 showed the industry’s failure to become truly inclusive: 91 per cent of people within in it are white, a fractional improvement on the previous 2011 Census, when white people accounted for 92 per cent of the business. (PR Week, January 2015.)

‘We have to change the agency culture and for this we need a carrot and stick approach,’ says Rana. A first stick is that the PRCA and PR Week have put diversity into the criteria for their Agency Awards. The next challenge is to explain to people who haven’t experienced discrimination what the problem is. Rana suggests that if you’re part of a minority group you already know about unconscious bias and are more nuanced about accepting other people. It’s the people that aren’t in a minority that we need to educate. ‘We need to show how damaging it is for business not to hire solely on the basis of doing a good job,’ he says.

As Chair, Rana has commissioned two projects aimed at educating both ends of the PR career chain. The first is a simple guide for agencies to establish how diverse they are, prepared by f1 recruitment. It’s very human and avoids HR speak – something Rana feels very strongly about. The other aims to educate at grass roots level to make sure there is a pipeline of excellent candidates coming through. ‘We need good people and we need to tell them why PR is a great career opportunity. Students still ask, what is PR? We need to explain it’s a broad church and that there are communications in everything,’ says Rana. Parents and careers advisors also need to be taught why PR is a valid career.

Rana is an agency man through and through and it’s agency life that suffers most from a lack of diversity, with in house departments being more often governed by company-wide rules and a knowledge that not reflecting the consumer population in its own make-up will hit the bottom line. He grew up in Essex and his mother told him, if you go through a ceiling, leave it open. He is of the generation entertained by Ab Fab and is greatly inspired by Jackie Cooper, his industry mentor. When she took him on as an AE she had two black women on the board which very rare. He says she hired purely on the basis of talent and ended up with an incredibly diverse work force, something that has a positive knock on affect as others in that environment lose their unconscious bias.

‘The barriers to young people entering PR are three-fold: financial, class and educational,’ Rana suggests. But PR is subjective – you come at it from your own perspective so to have it so dominated by white men from the Home Counties is a nonsense. ‘I can’t define diversity,’ he says, ‘but I feel I’d like to work in an industry that represents wider society. Wider society is unintentionally racist –on the whole people like to be with people like them. The converse of this is that I know I’ve won business in the past because I’m just not like the other suckers pitching.’

His job as Chair of the Diversity Network is to make things happen and to raise awareness in a way that will lead to change. The Group attracts around 40 people from agencies of all sizes to its meetings. Rana says, ‘This is about diversity in all its forms. Come to the meetings and don’t wait for permission to speak up or to take action.’

You can find out more at http://www.prca.org.uk/Diversity-Network