Where are they now? Speyside Corporate Relations 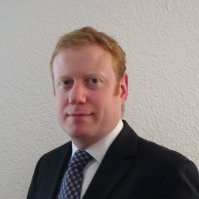 Ian Herbison, Speyside’s CEO, talks about building a market leading comms agency on the other side of the world, about what’s so irresistible about Latin America and about why Brazil won’t win the World Cup.

Speyside (the name has nothing to do with whisky, apparently) specialises in the frontier markets of Latin America. It was formed in 2009 by the founder and the former chairman of Mmd PR, Alistair McLeish and Ian Herbison. It has worked with f1 since its inception and considers f1 to be a crucial partner in its growth and success.

Speyside first put down roots in Brazil but has grown substantially, client by client, person by person, and country by country. Multinational clients such as Mars and Blackberry are keen to expand across the region. Offices in Mexico, Peru and Chile were followed by Columbia, Argentina and Venezuela. Now Speyside has seven offices and delivers work in 20 territories across the region.

Its model is to combine senior international talent with local expertise. To achieve success and growth Ian says you follow your clients. “In our minds five years is nothing. There are huge growth opportunities here, as multinationals expand into emerging markets. But success isn’t just about geographical reach it’s about strength and depth. We have 25 people in Brazil now, 60 in total across the region. I believe there are decades of growth ahead, particularly in strategic and advisory which are our areas of expertise.”

Typically, Speyside recruits people from North America or London – the centres of excellence and Ian says it’s a Marmite proposition. When you suggest working in Latin America people either say “Yes. Wow!” Or “No. Never!” But in recent years, as mature markets have slowed and career opportunities become more restricted, people see Latin America is a great career option. It’s not without its frustrations, of course. “Where I am now, in Mexico City for example, there are 20 million people, poor internet, terrible traffic, etc. You need resilience,” says Ian, and describes building a business here as a steep cultural learning curve. Most of Speyside’s Country Managers don’t have family with them but Ian says it doesn’t have to be like this. He lives in Mexico City with two young children and highly recommends the family friendly culture, the joy of being bilingual and the quality of life.

What’s so irresistible about Latin America? I can hear Ian’s smile broadening. He says it’s not just the fabulous weather (he was in Eastern Europe for ten years) it’s also because people here are warm and happy and it’s a very pleasant part of the world to do business. The region has received huge corporate investment, provoked partly by the financial crisis elsewhere in the world. But Ian says it faces uncertain economic growth, currency worries and political risk in Argentina and Venezuela. “These are turbulent times but we feel confident from a company perspective that clients will need us more and more. There is strong intention from clients to grow what they are doing there.”

Ian says Speyside’s growth couldn’t have been possible without a partner like f1, sitting 14 hours away in a different time zone and networking for excellent international talent. “Our business is all about people and in emerging markets it’s a huge and challenging job. Country Managers coach and develop teams, train and bridge the cultural gap between local market situations and our clients. If we don’t get the right person we wouldn’t be distinct from local service providers. If you’re working with corporate reputation and government relations, as we are, you have to get the right people. Our biggest barrier to growth is finding more, good people.”

Speyside features an excellent series of insights on its website (perfect if you need a birds’ eye view of Latin America) and is known for its annual predictions – broad insights into the socio-political and economic factors likely to have a bearing on business over the next 12 months. But its predictions for the World Cup are that Brazil won’t win. Ian foresees another “maracanaço” – the traumatic event in which Uruguay unexpectedly beat Brazil in the last match of the 1950 World Cup. “History has a strange and ironic way of repeating itself,” Ian says. Let’s hope not!