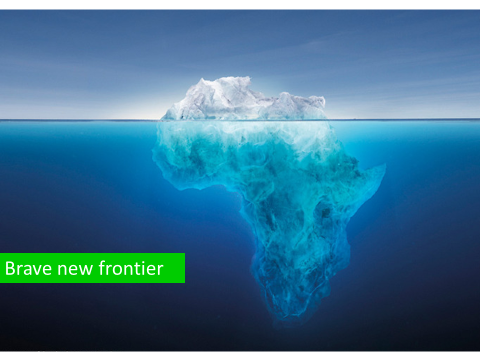 From guest blogger, Rupert Pratt, Director at Mongoose Sports & Entertainment, a fascinating and in-depth look at how the explosion of digital has resulted in a new agenda within the sports industry.

The explosion of digital has resulted in a new agenda within the sports industry. The move to digital and mobile has changed consumer / fan consumption and as a result, how rights holders, broadcasters, advertisers and sponsors interact with fans. The success of new, digitally led fan engagement platforms and tools presents both an opportunity and a threat.

The commercial currency has changed with content, digital engagement and Customer Data / CRM the No.1 requirement within any marketing strategy let alone a sports marketing campaign or partnership.

I don’t need to provide stats to evidence the growth of digital consumption but, for example US digital Ad spending will surpass TV this year representing 37% of US total media ad spending (https://www.emarketer.com/Article/US-Digital-Ad-Spending-Surpass-TV-this-Year/1014469#sthash.QYwUBL1z.dpuf)

The growth of digital consumption poses an interesting question for the sports marketing and PR industry:

· Is your sponsorship inventory or sports marketing campaign balanced proportionality with digital rights for the current commercial agenda?

· Do you have the right tools & platforms in place?

· Are you successfully engaging, growing and commercialising your fan base?

· Are other parties (broadcasters, publishers and influencer/content platforms or rival/non sponsoring advertisers) monetising it instead?

· Do you have digital fan engagement platforms that harness social media, grow traffic and engagement, capture data and monetise your fan base or activate your partnership effectively?

Interestingly enough if you are one of the top rights holders or major sponsors (who have the resources and agency support to innovate) or an innovative rights holder / sponsor the answer to this question will be ‘yes but we should be doing more’.

According to Nielsen’s 2014 Year in Sports Report, more than 70 million people consumed sports on either their smartphones or computer in the third quarter of 2014. And of that group, the top 20%—10 million on phones, 15 million online—consumed 85% of the total sports minutes viewed in that quarter.

Yet the vast majority of rights holders still fill their sponsorship inventory with a disproportionate list of traditional rights and don’t have the required platforms to access and monetize their digital fan bases.

This issue is not new, I have been talking for a number of years about the threat and opportunity digital presents.

At the 2013 Connected Sport Conference in Paris I highlighted how digital platforms like Heineken Star Player and The Castrol Index can cut through the value chain, bypassing rights holders and getting straight to fans – which is what sponsors want. I also questioned whether digital fan activation platforms needed official rights and the significant investment that comes with it to be successful. In fact, maybe their potential success was being weighed down by the diversion of budget into the rights fee

How long will it be before advertisers cut out ‘The Middle Man’ (Rights Holders) and go to fans direct.

The world is full of examples of digital disruption iTunes, Facebook Amazon, Uber, Just Eat, Booking.com and Airbnb all involve a direct to consumer model cutting ‘middle men’ or unnecessary process out the chain. In 2012/2013 I was talking about an iceberg forming and the need to invest in ‘owning your digital fanbase’ as well as a ‘Wild West’ fight for fans between Rights Holders, Broadcaster and digital platforms.

In fact, all that has happened since 2012/13 is that the value of broadcast rights has risen, the likes of Facebook, Twitter etc. resisted the temptation to invest in traditional rights and have only recently started playing with the idea through highlights and some livestreaming.

Whether or not they step in and make a major investment isn’t really an issue – they will simply become yet another broadcaster pushing up the price of the value chain. Instead, what they are doing though is creating a 2nd economy around the traditional model.

The creation of a 2nd and 3rd tier Sports Digital Economy

Most importantly, they have created and monetized a secondary sports economy of social, content and influencer platforms. This is based on advertisers and rights holders needing to get access to fans digitally and using their platforms to distribute content and most recently live streaming.

This is the threat to the Rights Holder and Broadcaster value chain, the monopoly won’t be broken, but it could be and can be devalued. This is a potential threat to their ability to make a return on the eye watering investments made in broadcast rights and big investments = big threats.

But didn’t advertisers always have access to fans ‘unofficially’ via publishers?

Yes, and look at what is happening to the value of the publishing world. Yes, they are / have moved online and are offering video content but they are also moving into an already crowded sector filled by influencer networks.

They’ve enabled digital communities and platforms to grow hence the rush by rights holders to get a hold of their social and digital fanbases.

The iceberg is getting bigger

The big question for broadcasters, publishers and in turn rights holders is… how big is that iceberg and what do we need to do about it? Most are and have been investing in digital since the original dot com boom in the late 90’s with many broadcasters and publishers buying up sports internet sites or investing organically in building up their digital presence and collateral.

Back in 2010-12, Uber and Airbnb didn’t really exist, and the bypassing of the value chain was restricted mainly to music and retail (Amazon, iTunes, ASOS) but the emergence of major disruption to every industry sector from taxi’s to dining to accommodation highlights just how big the iceberg in the sports marketing industry is forming.

Every boom has to be followed by a bust and as the value of broadcast rights continues the ‘busts’ will be anyone who has failed to re-invest significantly in their digital inventory.

How long before we see a genuine major disruption to the sports market like a iTunes, Amazon or Uber that changes the commercial landscape forever?

The death of the rights fee?

It is difficult to imagine but its value is slowly (or rapidly) being eroded as investments become much more targeted around the specific rights the partner wants and the new requirements of the digitally led economy.

Rights holders will need to change their commercial model as we enter the direct to consumer and value exchange economy – the new generation of businesses don’t have traditional marketing approaches or budgets. They expect payment by results and as a result transact via a direct marketing and revenue sharing model. The idea of paying a hefty rights fee for the privilege of spending more money on activating that partnership to make it work isn’t part of the new economy’s approach. This new direct to consumer approach requires access to social media and customer data something that rights holders with the right digital inventory will have in abundance.

Which is why the decision by the most uber of disruptive businesses, Uber, to undertake a major ‘traditional’ sponsorship of Manchester United was so interesting. This wasn’t about brand association, media coverage and ‘making match day hospitality more seamless’ it was about accessing their ‘659 million followers, both home and abroad’. This singular focus of inventory suits Manchester United’s limited and stretched inventory.

This trend will only increase and the value of traditional rights will decrease.

Therefore, this just leaves me to ask… does your sponsorship inventory proportionately reflect digital consumption or will you leave this to the social, influencer and content platforms? Why not just cut out the ‘sponsorship middle man’ and start selling direct? With the growth of online shopping and direct to consumer model why bother with the nuisance of having to market a brand when you can just sell their products direct. I wonder how many washing machines Manchester United could sell to its 659 million followers?