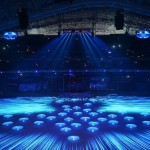 We are now well into the most expensive Winter Olympics ever. Britain has won its first ever Winter Olympics medal on snow. Great. But it’s been difficult getting marcomms talent out there and Sochi’s ability to attract negative headlines has created a challenging marcomms environment for those involved. f1’s Amanda Fone says that sponsorship experts that have navigated the Sochi Games successfully will have acquired skills that stretch far beyond the experience gained when the Games take place in a developed market.

We talked to Andy Sutherden, Global Head of Sports Marketing and Sponsorship at Hill & Knowlton Strategies and to Cathy Ricketts, Head of Client Services at GMR Marketing UK, about the effect of Sochi on our industry.

Andy acknowledges that there have been practical challenges in getting people out to Sochi to work the games. He says if you don’t have Russian then it’s hard to make yourself understood and so the industry is craving linguists. But he points out that there were also language issues in Beijing and that there will be issues when South Korea hosts the games in 2018.

He says the real challenge for sponsors is the number of negative headlines that the Sochi games have attracted which have had little to do with the Winter Olympics themselves. From a sponsor perspective, this has brought risk and reward in equal measure: ‘A good sponsor not only prepares for the best but also plans for the worst.’

This week in Sochi sponsors may be asked to comment on racism, homophobia, green issues and terrorism. It’s a distraction from the associations with the Olympic movement that the sponsors have bought into and none of these things have anything to do with the Winter Olympics but this is the comms environment the sponsors are arriving in.

Sochi isn’t without precedent. Andy says the mood probably changed in Beijing. That’s when sponsors stopped looking through rose tinted spectacles at what global sport events might bring them. ‘The IOC is as much an agent for social and economic change as it is a rights holder. FIFA might say the same.  In China there were socio political challenges preceding Beijing. When the FIFA World Cup went to South Africa there were worries about infrastructure and crime. Even London had its questions marks over security, tickets and build. Everywhere has its challenges but this has trained sponsors to ensure their reputation remains intact. Issues and crisis management is a mandatory skill in modern day sponsorship.’ And this, he says, has improved the industry.

One improvement is that sponsors are now diligent about protecting their reputation, which of course has a dotted line to their talent. The bigger the company the bigger the challenge of working in real time – today you have to be nimble and break down bureaucratic barriers. “No comment” is no longer acceptable. You have to grasp the nettle of issues the media and the public are asking of big companies, particularly when the news agenda can turn on a sixpence.

A second good to emerge is the agility and speed sponsors have learnt by being associated with such high profile sporting events and their social media presence.

A third benefit is far greater skill in negotiating contracts with rights holders that allow a sponsor to exit a property if it brings their company into disrepute, although no-one has ever done this yet.

The one area that still presents the greatest difficulty is in the sponsorship of individual athletes, some of whom feel very strongly about the issues they may be asked about in a press interview.  Some may feel compelled to use the platform to express opinion or defiance, as Olympians have done in the past. The sponsor must apply rigour and discipline when signing an individual to try and ensure that they and the sponsor are aligned. This is difficult. You can’t gag a top sportsperson and there are bound to be some that speak out.

Andy says it means what our industry requires now are consultants that are expert in working with talent, with helping them tune in to the perils of social media and the importance of them representing not just their own point of view but something that aligns well with the brand.

Cathy Ricketts, Head of Client Services at GMR Marketing UK, has just returned from Sochi and says that, from a fans point of view the Sochi Olympic Games has been a success with great venues, a great atmosphere on the Park and great support from home fans. But she acknowledges that the road to Sochi has been incredibly challenging. ‘There is no doubt that, behind the scenes, our multi-national marcomms teams based in Mosocw, Sochi, London, and the US, have had a very steep learning curve. Delivering a world class standard of service in a market which has only relatively recently been open for business to the rest of the world has not always been easy’ she says.

But, as Cathy points out, the reality is that sports sponsorship is going to continue to grow in Russia, with increased investment from local as well as global brands in this powerful communication channel. This summer, for example, GMR Marketing’s marcomms teams will be back in St. Petersberg for the Extreme Sailing Series, in October its back to the Winter Olympic Park for the Formula One Sochi Grand Prix, and then planning starts for the 2018 World Cup.

According to Cathy, having the World Cup 2018 hosted in Russia in such quick succession to the Sochi Games will give the World the chance to see for themselves whether such major sporting events can prove to be a force for good in Russia, not just across the sports marketing / marcomms industry, but across the broader social and political issues that have dominated the headlines in the lead up to Sochi.

Apart from linguistics and the presence of so much social and political feeling there have been lots of other well-documented challenges regarding media visas, geography and infrastructure in Sochi. It was always going to be a difficult trip. But, as Andy says, with that comes the opportunity to surprise and delight those that go. If it’s done well hosting an Olympic Games can re-brand a country. Sochi’s job is to make sure the sports themselves remain the news. As Andy says, “the impact of it going well against expectations is very, very powerful.”