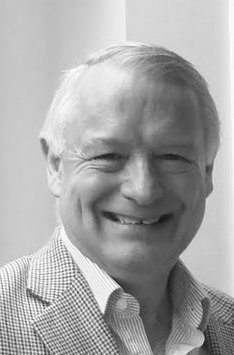 “Eight hours’ daily labour is enough for any human being, and under proper arrangements sufficient to afford an ample supply of food, clothing and shelter, or the necessaries and comforts of life, and for the remainder of his time, every person is entitled to education, recreation and sleep.”

So wrote the pioneer of British socially conscious business, Robert Owen, in 1833. Owen had demonstrated at New Lanark, a Clyde-side industrial village south of Glasgow, that workers who were healthy and well-housed, and whose children were properly educated (New Lanark saw the world’s first infant school) could also contribute to a successful and profitable business.

Others followed his lead: Titus Salt built his model village three miles from the notoriously polluted, disease-infested Bradford – ‘Every other factory town in England is a paradise in comparison to this hole,’ wrote German George Weerth. At Saltaire Salt installed the latest clean and quiet machinery and built 850 houses (each with its own lavatory and fresh water supply), a hospital, a park, a school and public wash and bath houses. Salt became a rich man – another who combined purpose with profit. Other famous examples were William Lever (who built Port Sunlight) and Richard and George Cadbury (who built Bournville) who were also in the process of building highly lucrative businesses.

Why did they do it?

In Owen’s case it was not religion which prompted his conscience but his original version of an early socialism, whereas the Anglican Salt, the Quaker Cadbury and Congregationalist Lever were all deeply faithful, and applied their beliefs to their business lives.

Perhaps we should not romanticise them too much: Owen’s ventures after New Lanark were much less successful and his financial acumen has come under question, Salt continued to use child labour and opposed factory reform, while Lever imposed intrusive rules of behaviour, the contravention of which could lead to summary sacking and eviction. Nevertheless they all cared not only for the physical but also the moral welfare of their work-forces and their families, and invested heavily in social facilities. They would no doubt smile at today’s drive towards ‘corporate social responsibility’, which they would probably have thought was rather superficial. For them, purpose and profit were inextricably intertwined – it was the essence of their businesses, not a bolt-on.

Want to read more about the implications of Purpose Beyond Profit?

Read this book: Everybody’s Business, by Jon Miller and Lucy Parker. The Unlikely Story of How Big Business Can Fix the World –  find out more at:  http://www.everybodys-business.com/

Here’s our take on it in the f1 manifesto http://www.f1recruitment.com/how-we-work/our-manifesto/

And here’s what Peter Gilheany, Director at Forster Communications, says about it on our blog http://www.f1recruitment.com/a-sense-of-purpose-at-home-at-work-with-your-client/