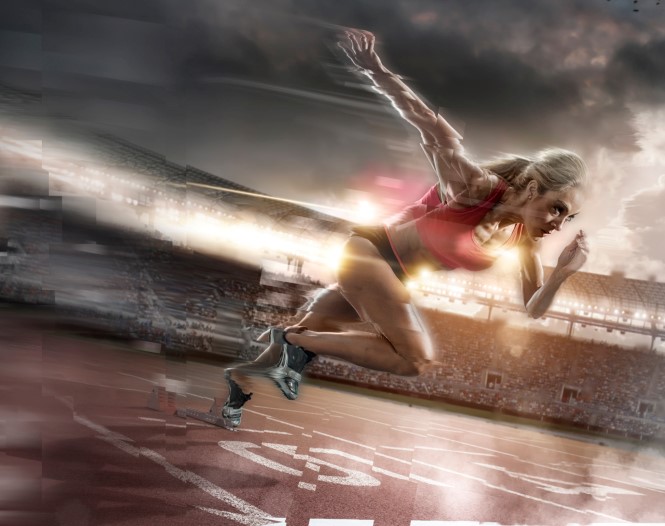 Guest Blogger, Maeve Hosea looks at how Olympic talent extends beyond the athletes and how management and associated sponsor partners are flexing their marketing muscles and fine tuning their role in the proceedings to deliver winning strategies.

While elite athletes are readying themselves to break records in Rio this August, global brand sponsors are flexing their marketing muscles and fine tuning their role in the proceedings.

The countdown to the opening ceremony is on and brand partners are starting to get into the spirit for Rio 2016. We see Lacoste’s “Support with Style” video campaign taking viewers on an elegant journey around stadium seats with a choreographed troupe of chic supporters. Meanwhile, Kelloggs’ #GreatStarts campaign has past Olympians sharing their top tips on how to get your day off on the right foot.

Rio, like any host before it, hopes to capitalize on the extraordinary reach and general positivity around the famous event. As London 2012 revealed, the global marketing opportunity of live sports on this scale is immense. The London games, for example, were noteworthy for being the most watched event in US television history. With Rio just one hour ahead of the USA’s Eastern Time Zone, the outlook for massive audiences is good.

In 33 sporting venues across the city, companies including Visa, Samsung and Coca-Cola will be applying talent and resources to amplify sponsorships and engage audiences on a grand scale. However, perhaps because of local challenges – including the Zika virus, the readiness of facilities, and a number of ‘integrity’ issues – sponsorship campaigns are slower off the blocks this time round. “It is still striking how little noise is being made in this market around the Games,” notes Rob Mason, managing director of IMG Consulting. “I think sponsors will await the final period preceding the event to ramp up excitement and activity to wider consumers.”

Talent management is as big an issue for the Olympic sponsors as it is for the coaches of the athletes. Hiring the right people to plan, manage and activate sponsorship campaigns will ensure a brand makes the most of its partnership with the Olympics.

Andy Sutherden, global head of sports and partnership marketing at H+K Strategies, argues that Olympic territory is ever more complex and any brand partner requires a new breed of marketer “Rio will really herald the dawn of the ‘Corporate Decathlete’,” he says, “It is no longer enough for the head of sponsorship to think about creative activation of the property” they must think about the staff, they must think about the shareholders and go through a whole litany of ‘what if’ scenarios which could bring their company into disrepute.”

The ‘Corporate Decathlete’ is someone who is multi-disciplined, with an agility to move from one topic to another, whilst briefing and engaging all of the relevant stakeholders. They are also a communications professional with a facility with crisis management: someone who can negotiate contracts in a way that liberates creative activation but also protects reputation.

Sports sponsorship as a tactic to reach consumers has continued to mature over recent decades. As it develops, the skill set of those working within the sector needs to evolve too, responding to changes in both the media and corporate landscape.

London 2012, the first games that had social media at its heart, proved that storytelling needs to be centred around social as much as broadcast. For Olympic sponsors plotting a route through a speeded up world of real-time media, it is crucial to have the right teams centrally and on the ground. “You are almost broadcasting live through social channels to huge followings around the world,” comments Steve Martin, CEO of M&C Saatchi Sport & Entertainment. “So from an HR perspective it is about building your teams to export that content, that feeling and positivity.”

Sponsors have to think closer to home too. With many Olympic programmes primarily justified on the impact they will have within an organization, rather than on its consumers, an Olympic marketing strategy has to encompass employee engagement. IMG’s Rob Mason believes that knowledge of internal employee engagement and employee motivation is crucial. “By definition it is not possible for an outsider to see,” he notes. “However, internal engagement is a major component of marketing and activation programmes.”

One of the fundamental selling points of London 2012 was the positive impact it was planned to have on general sports participation. However, not every company that promised a legacy plan has actually delivered. “It would be comforting to report that many London 2012 sponsors followed through with one of the central ambitions of London 2012 – its legacy for increased sports participation by young people,” comments Mason. “Sadly, while some of those companies are continuing to play in this space, for example BT and Sainsbury’s, the majority are not.”

In a world dominated by social media, brands should now understand that if they promise and then fail to do something, it leads to negative publicity and reputational challenges further down the line. “Arguably, the activation window around high profile sports sponsorship has extended,” says H+K Strategies’ Sutherden. “Companies need to think carefully about what they do after the event if they have committed to a legacy programme. In Rio, this phase is as important as the pre-publicity and Games time itself.”

Aiming for a Personal Best

Lots of London 2012’s brand partners did very powerful sponsorship campaigns through multiple channels. We hark back to Coca Cola’s ‘Move to the Beat’ campaign, activated through live music events and the opportunity for sports fans to make their own Olympic track. And, P&G’s ‘Thank You Mum’ campaign, which highlighted the huge supporting role mothers play in an athlete’s journey, can still bring a tear to the eye.

Sponsorship campaigns can be very effective in growing a brand and a business. Much like what motherly emotional support can contribute to an athlete’s performance, companies will now understand the true value of talent in the sponsorship space and what it can deliver to the bottom line. “London 2012 wasn’t just a bit of PR here and there – it was a huge corporate relations opportunity,” says M&C Saatchi Sport & Entertainment’s Martin. “That is where the step change came from 2012 and I would hope that Rio would give that platform of a business growth opportunity too.”