Does your Business Take an Olympic Approach? 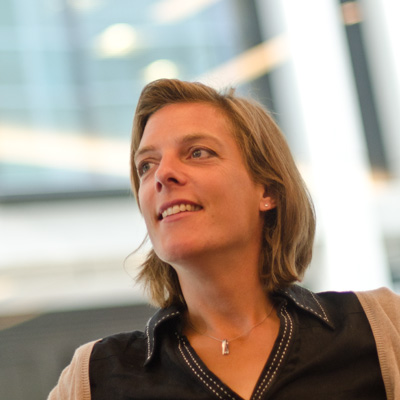 Guest Blogger, Catherine Baker, Founder of Sport and Beyond, takes an in-depth look at the powerful benefits of taking an ‘Olympic Approach’ in business. This is the approach that Adam Peaty, gold-medal winning swimmer in Rio, takes to his job: “The idea of making the team but not pushing the team forward was not really an option for me……..I’m not going to settle for just this. I’m going to push forward – I’m sure every gold medallist says this but me and Mel operate differently and we are always pursuing excellence and self-improvement. If we’re not doing that I don’t really see the point.”

These are all things that individuals and businesses aim for. Wouldn’t it be wonderful if there was a perfect solution for each of these? Life of course does not work that way. There are, however, some common factors that are consistently proven to contribute to these areas.
In this piece, Part One of Two, we will start to examine some of these key factors. And as we have all been going Olympic-crazy here at Sport and Beyond, we will be using examples from sport to illustrate the factors.

We can all dive off a 3m board

How many of you shook your head on reading this title? To those that have, hopefully we can convince you to start nodding your head….

Based on the ground-breaking work carried out by the marvellous Carol Dweck, what we are focusing on here is the concept of a growth mindset. We have blogged about this before, but in a nutshell this is the belief that our abilities are not fixed, our ‘talents’ not set in stone. On the contrary, our brains are just like other ‘muscles’, and have huge capacity to develop and ‘grow’. Through application, effort, hard work, and focus, our abilities can be cultivated. If we seek to challenge ourselves, and see mistakes as opportunities to learn and develop, rather than things to be avoided, we enable ourselves to improve at whatever it is we are working on. By focusing on the process of learning, and doing, we achieve a better outcome than we might ever have thought possible.

Did you listen to any of the interviews with the medal-winning athletes? If so, did you note the focus on learning, developing, challenging themselves, getting the process right, and what they can learn from their failures. Andy Murray was particularly eloquent after his Wimbledon success this year in saying: “failing’s not terrible….Just don’t be afraid of failure. I’ve learnt from all my losses.”

Whilst this concept was developed in the world of education (if you get the chance and haven’t yet, do have a look at Carol Dweck’s first piece of research which set all of this in motion – where the choice of six words in feedback to some student’s had a huge impact on their performance) and is prevalent in sport, it is also increasingly being picked up in business.

Jim Collins, the well-known business consultant, set out to discover what made some companies move from being good to being great. What enabled them to make that leap, and stay there? Collins and his team embarked on a 5 year study, selecting 11 companies whose stock returns had skyrocketed relative to other companies in their industry, and who had maintained this edge for at least 15 years. They matched each company to another one in the same industry that had similar resources but did not make the leap. They also studied a third group of companies that had made the leap but could not sustain it. What distinguished the thriving companies from the others? Several important factors, as Collins reports in his book Good to Great, but one that was absolutely key in every case was the type of leader who led the company into greatness. They were not larger than life, charismatic types who oozed ego and self-proclaimed talent. They were self-effacing people who constantly asked questions and had the ability to confront the most brutal answers- in other words those who were able to look failure in the face, even their own, while maintaining faith that they would succeed in the end. They have the growth mindset, as opposed to a fixed mindset. They believe in human development. They are not constantly trying to prove they’re better than others, but they are constantly trying to improve.

Conversely, looking at the famous failure of Enron in 2001, many commentators put this down to a failure of mindset. Enron was talent-obsessed, creating a culture that worshipped talent, and so forcing employees to look and act extraordinarily talented. It basically forced them into a fixed mindset, the opposite of a growth mindset!

We can all pull off a synchronised dive with our team mates….

Linked to this concept, but in a slightly different context, is the key issue of team performance. In our last blog we looked at what goes into the ‘perfect team’ (courtesy of some fabulous research done at Google) but here we are going to link it to the growth mindset. One of the requirements for a great team is ‘psychological safety’ – a group culture that the Harvard Business School professor Amy Edmondson defines as a “shared belief held by members of a team that the team is safe for interpersonal risk-taking.” Now does this remind you of anything?

A researcher called Robert Wood carried out, with colleagues, a great study on group processes and the impact of a fixed versus a growth mindset. They created thirty management groups with three people each. Half of the groups had people with fixed mindsets and the other half had people with growth mindsets. Those with the fixed mindset believed that “People have a certain fixed amount of management ability and they cannot do much to change it.” Those with a growth mindset believed “People can always substantially change their basic skills for managing other people.” Each group worked together for some weeks and were given a complex management task. From a start of similar ability, as time went on the growth mindset groups clearly outperformed the fixed mindset ones. Those with the growth mindset profited from their mistakes and feedback far more than the fixed-mindset people. But what was also fascinating was that they were much more likely to state their honest opinions and openly express their disagreements as they communicated about their management decisions. Not only was everyone part of the learning process, they did not descend into ‘groupthink.”

This last point is key, and well-illustrated by sport. British swimming has had great success in the pool in Rio this summer. One big change they made after London 2012 was to take on Nigel Redman, a former rugby international with no experience of the swimming world. Why? Because they wanted an outsider who could come in and question accepted practice and conventional wisdom. The appointment has proved its worth in gold.

Cycling provides another good example of this. Sir Dave Brailsford has always had a huge focus on building the right team, with the right mix. For him, this meant bringing in experts from all sorts of disciplines – he was one of the first to bring in a psychologist (Dr. Steve Peters), and expert nutritionists. What did he do with Team Sky when he wasn’t having the gains he wanted at first? Tim Kerrison is a former rower, former rowing coach and a former swimming coach. Brailsford became aware of him during irregular get-togethers between coaches from swimming, rowing, cycling and sailing in the mid-2000s. When Sky struggled in their first attempt at the Tour de France, Brailsford offered Kerrison, this absolute outsider, a job and then let him spend the best part of a season merely observing. Kerrison looked, listened and learned and put together a plan. It is one that has seen Sir Bradley Wiggins and Chris Froome win successive Tours.

This is the first in a two-part series, you can see Part two on Sport and Beyond’s blog, examining:

• to be able to dive well off a 3m board, I need to practice hard and in the right way
• what small changes can I make to enable me to get better at diving off the 3m board? and
• what’s your 3m board?