The Agile Working Revolution – Companies ahead of the game 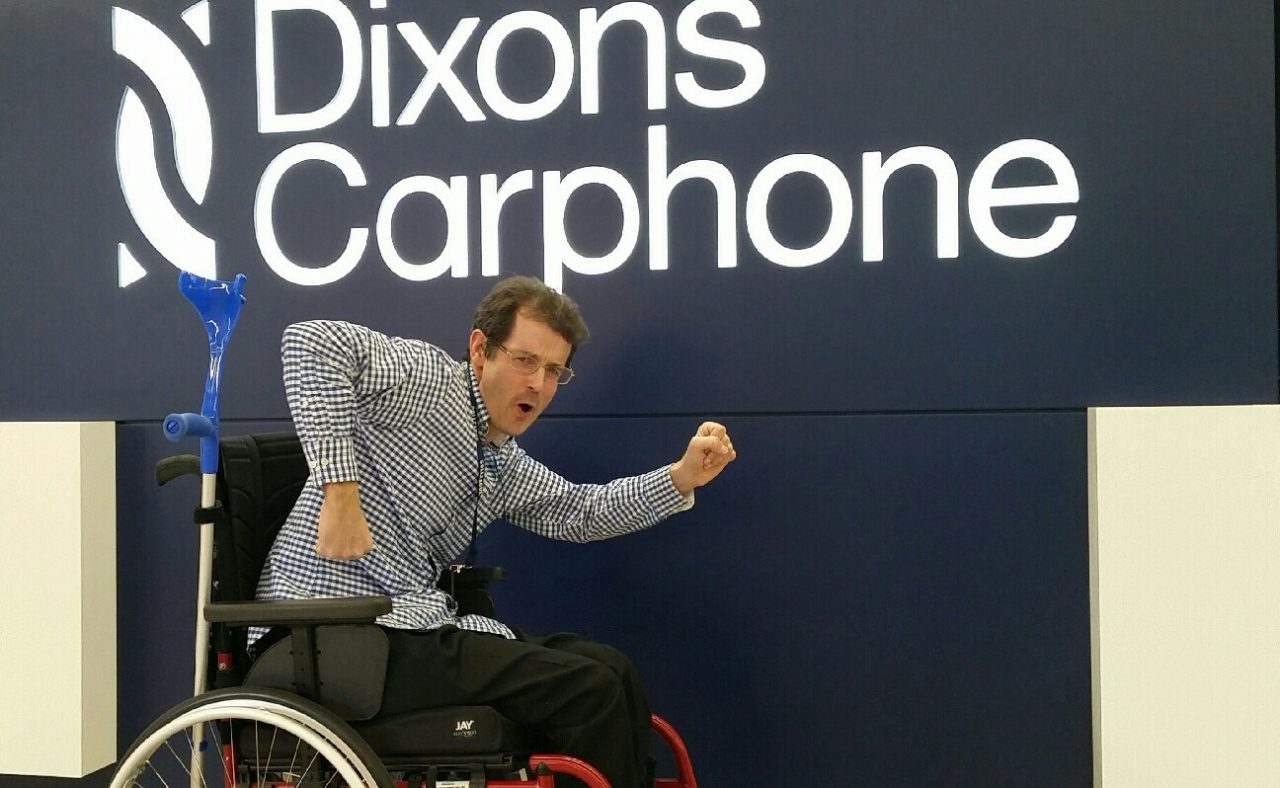 Last year we heard from Mark Webb, Head of Group Social Media at Dixons Carphone, on the challenges he has faced following his diagnosis of Multiple Sclerosis. Mark, and his employers, Dixons Carphone are a trail blazing company in the ‘Agile Working Revolution’.

Here are some of Mark’s thoughts and experiences on the importance of the growth of ‘agile working options’.

“It was a joy to catch up with f1 founder Amanda Fone recently, as we both attended the launch of the 2017 ‘Power Part-Time’ List at City Hall. Every year a list of 50 people is published, and they all hold down senior roles ‘despite’ working part-time, in job shares, or flexibly. I was invited along as a previous winner (class of ’16), and yet again the list was packed with high-flyers, passionate about their roles and their employers, but carving out time with their companies to pursue other passions and projects, or to spend time with family. The event is inspiring in itself, and garners more and more media attention every year.

“More and more companies are embracing the option of flexible working, and a good few are openly advertising the fact they are open to discussing this. The clear message I got from the panel discussion at the 2017 event was to have confidence in your abilities, your experience, your achievements and yourself. What harm can come of asking?

“On a personal level, the fact that my employer has permitted me to work a four-day week has most definitely prolonged my career. And it’s made me a life-long evangelist for the company and the humanity and generosity of spirit they have shown. They believed in me and supported me and that means the world.”

One of the greatest joys of working in the recruitment sector, is to watch (with pride) the career progression of our candidates. Mark Webb, Head of Group Social Media at Dixons Carphone discusses his career path, the challenges he has faced following his diagnosis of Multiple Sclerosis, and the unwavering support he has received from his employers. Well done Dixons Carphone!

Prior to talking to f1 I’d already had some successful posts and some great fun in my career.

Having studied languages, I’d been a holiday rep and a ski rep in Gran Canaria, the French and the Swiss Alps. And I’d been part of the 1992 opening crew at EuroDisney (now Disneyland Paris), with a fantastic first job looking after (very) VIP visitors, including some A-lister celebrities such as Michael Jackson, Kevin Costner, Clint Eastwood and Gloria Estefan. Through this work I stumbled on my calling, PR.

After a wonderful eight years at Disneyland Paris, and now with a fabulous wife I’d met in a Disney ‘Synergy’ meeting, I returned to the UK. After an invaluable agency stint, and some more work with Disney, I became Head of Comms at David Lloyd Leisure. It was great to hold meetings after a workout or a swim and compete in triathlons as part of my job.

As Whitbread prepared to sell off David Lloyd Leisure, I was made redundant, and met with Amanda at F1 as I cast around for my next role.

Through another agency I was into my eighth round(!) interview with an America-based whisky company and they were still undecided. Meanwhile f1 put me forward for a role at Dixons. It didn’t have a great reputation at the time, but the head office was local to me and I’m always up for interview practice. I had a great meeting with the HR recruiter who told me there and then she would put me forward for an interview. Decisiveness at last! I was then blown away by my boss to be and his boss, and by the time I got home from my interview there was already a voicemail message with an offer. I joined for the people this time, not the company, and what a great move it has turned out to be.

I started out as PR Manager and was soon promoted to Head of Media Relations for the Group. Around the same time, some eight years ago, I was diagnosed with a chronic, incurable illness, Multiple Sclerosis. A new CEO arrived with a genuine and welcome new focus on customer service. As my disability progressed and symptoms widened though, it became increasingly difficult to do an effective job. I’m sure it would have been easy for Dixons to give me a ‘guilty cheque’ and wave me off into retirement. Instead they came to me and suggested flexible, part-time working in a new role, Head of Group Social Media.

I’m incredibly proud of the company, now merged with Carphone Warehouse, comfortably in the FTSE100 and Retailer of the Year 2016. Not just because of the turnaround in its fortunes, but because of the way the senior team and my colleagues have dealt with my progressive illness, and continue to adapt to my needs. I still receive the odd juicy call from headhunters, but frankly I think most companies would struggle to be as accommodating and flexible as have Dixons Carphone.  More should be, as you won’t find a more dedicated employee.

I use my free time to rest, take treatments and to write. I’m passionate about raising awareness of Multiple Sclerosis and disability.

My tips for success:
Work for great brands and great companies as I have done by all means. But find out as much as you can about the people you’re going to work with and report to. Job titles, packages, location are all important, but a career should be fun and satisfying at the same time. And work for companies that start with a ‘D’. 23 years with Disney, David Lloyd and Dixons Carphone have suited me. Who does recruitment for Dunkin’ Donuts?